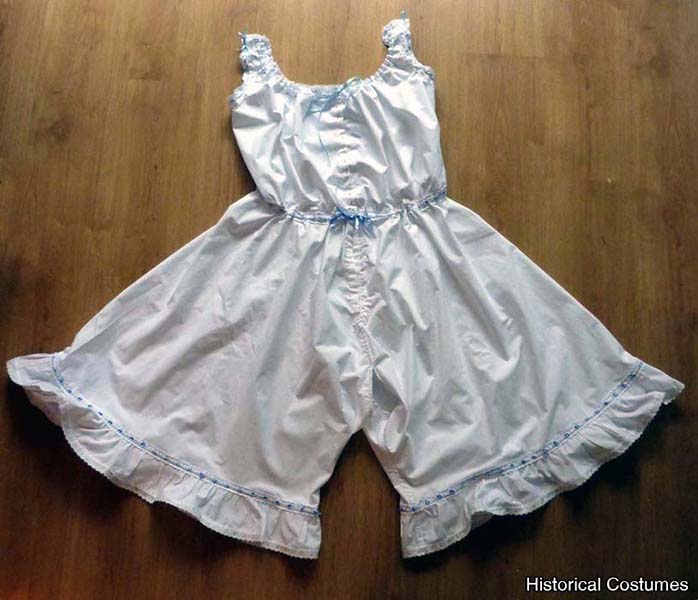 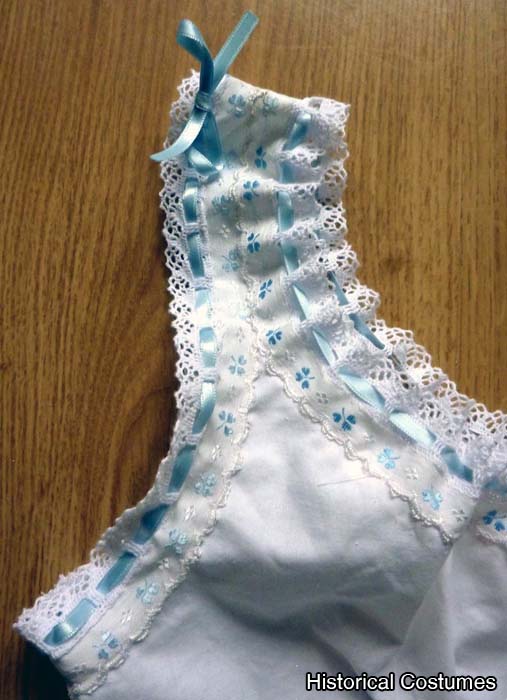 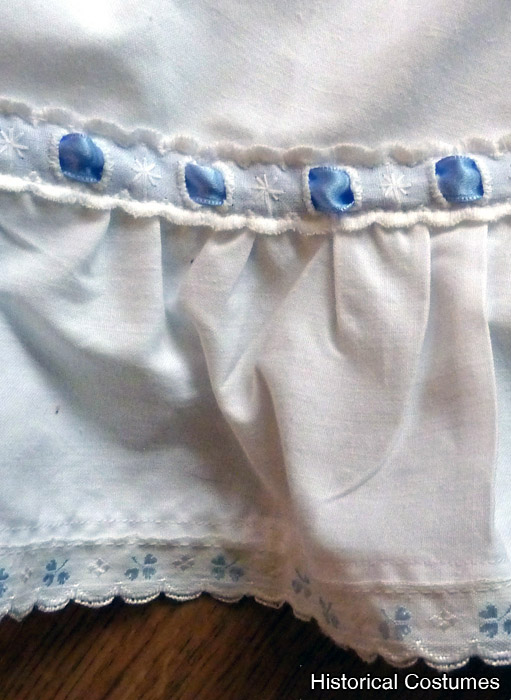 Details of the decoration at shoulders and hem 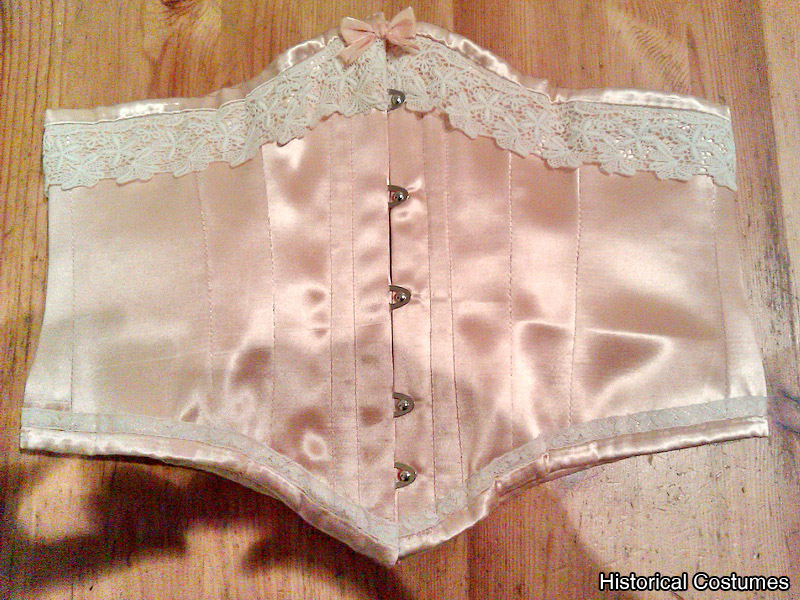 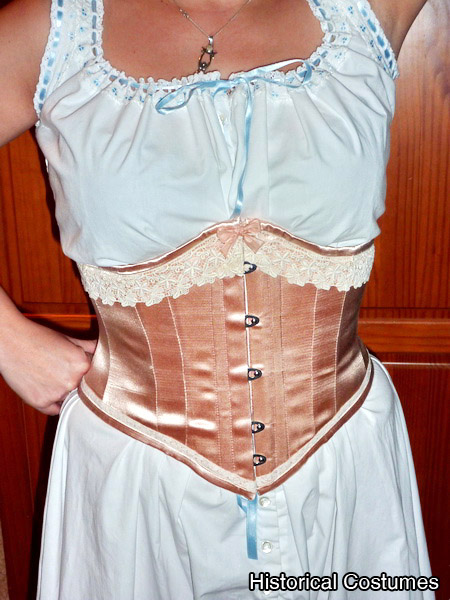 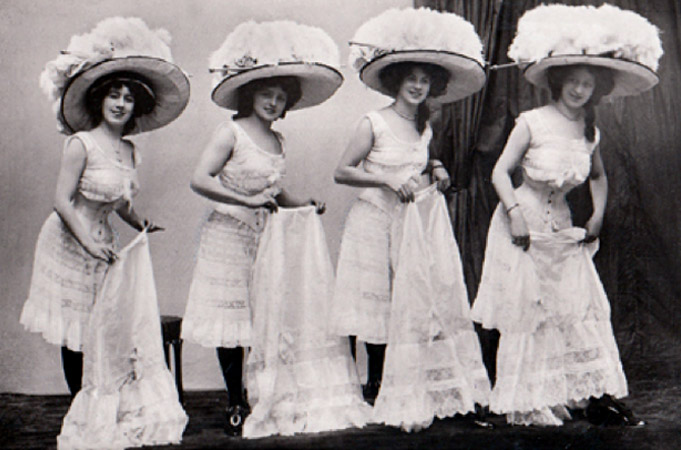 A petticoat would have been worn over the combinations and corset. Often of silk because it makes such a nice sound when a lady moved. Ladies who couldn't afford silk would sometime sew thin paper in their petticoat to achieve the same sound. I always wear the (under)petticoat from 1860's underwear set.